Standing Desks in the Classroom 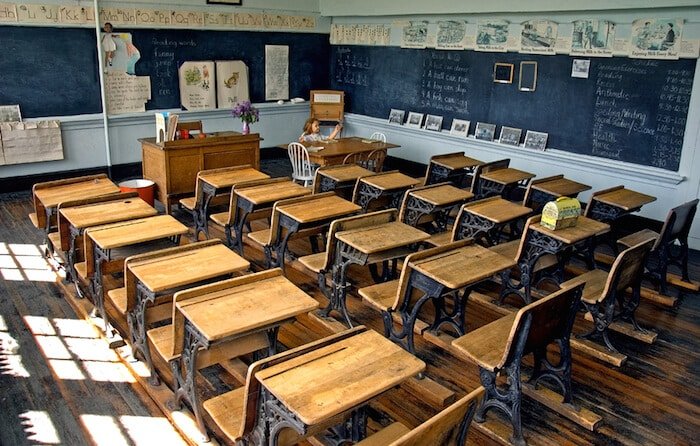 Standing Desks in the Classroom

Fidgeting and restless students can disrupt a classroom and impede learning. You can picture it, and, in fact, you’ve probably even been that kid at some point in the past. Slumped in his chair, he’s bored, disengaged, and tired. It’s only 1:30pm, and he knows there’s still two whole hours left of his school day.

Much like a call centre or any other workplace where multiple people routinely use desks during each workday, the ability to adjust heights to exact precisions is what makes electric height adjustable desks so versatile and useful.

Standing desks in the classroom have revolutionised the way students learn, participate, and work. It’s also one method designed to help combat childhood obesity, and promote a more active and engaged learning arena.

Schools are starting to ditch the traditional desk and opt for height adjustable desks. Improved concentration is one of many benefits being observed in primary school students!

It’s so pleasing to hear news stories of schools all around the world introducing standing desks into their classrooms. Even more pleasing is that Australian schools appear to be some of the leaders! Here are a few stories from the past few years:

This article, from July 2014, refers to four Catholic schools in Perth who offered standing desks as an alternative to students sitting too long in class. One of the school’s principals said his students were encouraged to move every 20 minutes to ensure they are not in the same position for too long.

Standing Desks Are Coming To School, To Cure Obesity And Increase Attention Spans:

Research conducted by A&M found that three Texan elementary schools who offered standing desks to 480 of their students increased activity and resulted in students burning 15% more calories than a control group that used regular sitting desks.

Outstanding pupils! Primary school becomes first in Europe to introduce desks allowing children to stand up while working in bid to improve concentration and health:

Nine- and ten-year-old students from a primary school in Bradford, a city in Northern England, became the first students in Europe to use standing desks in their classrooms. Teachers reported students appeared more alert and concentration was improved.

Stand up, and then sit down!

…And then stand again, and then sit again. This consistent adjustment between sitting and standing throughout the workday (or rather, school day!) is where you will really begin to reap the benefits associated with a height adjustable desk. It provides idleness among students and can also positively impact their learning.

Sitting still is against children’s nature, and it’s the adults that are telling them to be sedentary by teaching them in an environment where this behaviour is praised.

This is something that can sometimes be tough to translate. While you’re investing into a healthier future with a standing desk, it does not mean you’re expected to stand all day. In fact, that’s one of the worst things you could do, along with sitting all day.

Poor chairs. They’ve become the victim here, and those without the proper information are trading in their office chair for a standing desk – permanently. And that can be just as bad for our health as sitting all day. Instead, you should be avoiding a static position, and a static position could involve either sitting OR standing.

The growing presence of standing desks in the classroom forces us to rethink traditional classroom design and opens our minds into implementing methods that can help reduce boredom and fatigue, and increase engagement, participation, and a more productive student body.

Do you know a classroom that could benefit from standing desks for its students? Share this post using the links below. If you want to chat with an Ergonomics expert, please contact us today. 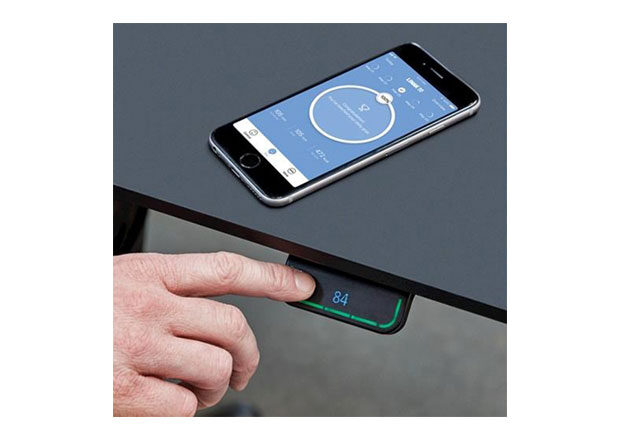 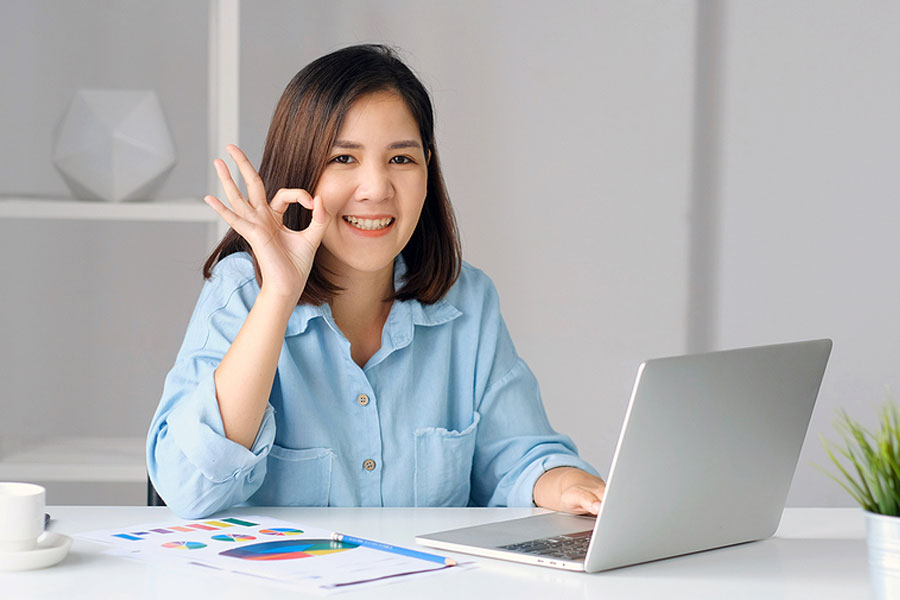 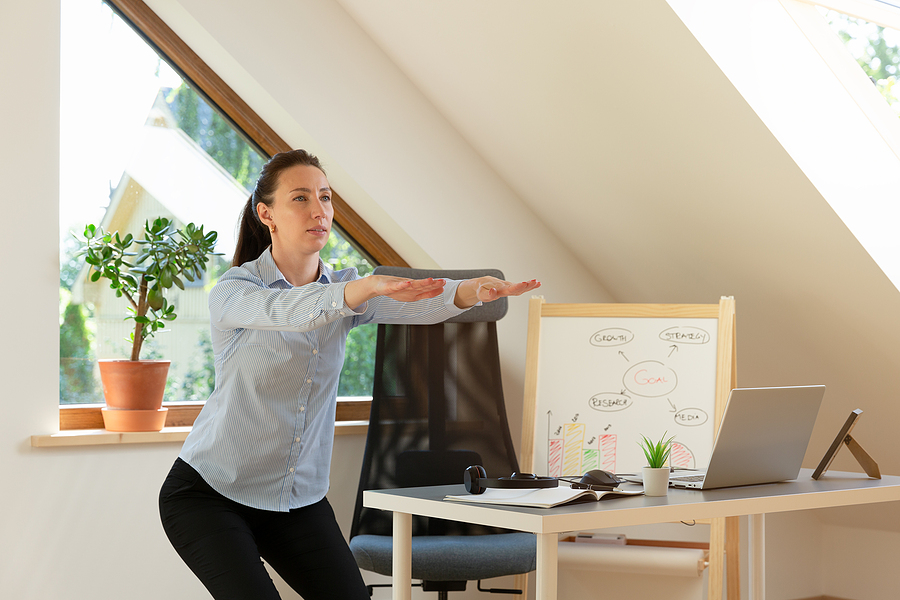 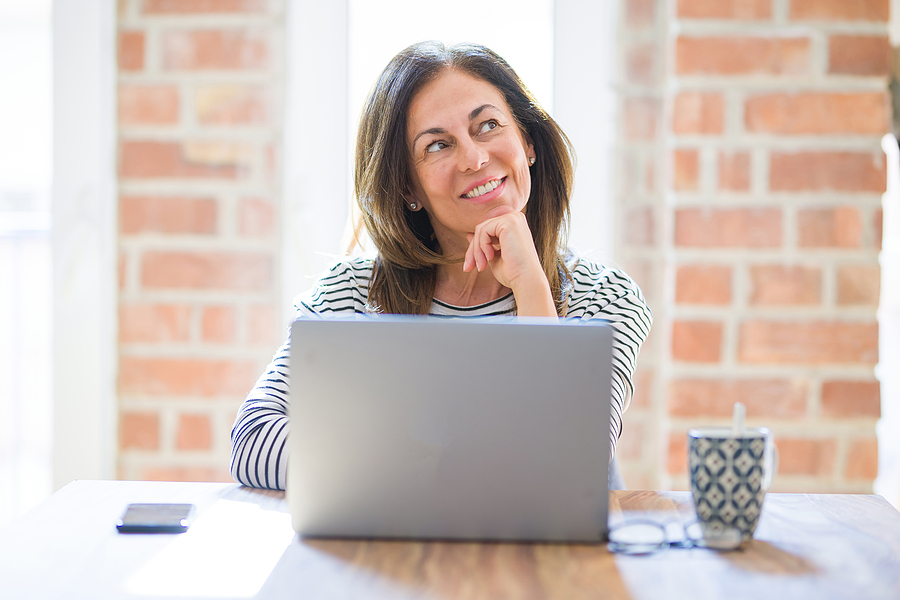 This website uses cookies to improve your experience while you navigate through the website. Out of these, the cookies that are categorized as necessary are stored on your browser as they are essential for the working of basic functionalities of the website. We also use third-party cookies that help us analyze and understand how you use this website. These cookies will be stored in your browser only with your consent. You also have the option to opt-out of these cookies. But opting out of some of these cookies may affect your browsing experience.
Necessary Always Enabled
Necessary cookies are absolutely essential for the website to function properly. This category only includes cookies that ensures basic functionalities and security features of the website. These cookies do not store any personal information.
Non-necessary
Any cookies that may not be particularly necessary for the website to function and is used specifically to collect user personal data via analytics, ads, other embedded contents are termed as non-necessary cookies. It is mandatory to procure user consent prior to running these cookies on your website.
SAVE & ACCEPT
Compare Standing Desks

Google
I would highly recommend this electric desk to all ages, the the best decision I’ve made for my sons study table. The service was excellent, prompt in responses and on time schedule with the delivery time. The removalists were very careful bringing into our study room on the second level.
Very happy with the purchase!!

Google
Amazing e-desk - sturdy, spacious and great quality wood. It fits well into the home office. Assembling it was mostly straightforward with the video! Thanks Guy

Google
I'm only just reading all the Google Reviews now, just before writing this, after having purchased and built a desk; and this is basically going to be saying the same thing as all the others, the owner, Guy, is absolutely great and so are the desks. There's a reason why all the reviews are genuine 5 stars. I had been doing research on numerous sit/stand desks and the manufactures of the frames/motors that go into them. I wanted a good quality and reliable setup so I decided to something that utilised Linak (manufacturer) hardware and so I set out trying to find a sit/stand desk that used them. As I was after something specific, I contacted a number businesses before placing an order so that I understood exactly what it was I was purchasing. Unfortunately most of those other businesses seemed more interested in B2B, and a couple didn't even bother responding. I had even gone so far as to contact a business in Canada, who eagerly could supply everything, but unfortunately not for running on 240v. I almost gave up and was just about to head to Ikea. Then I came across Ergomotion. I shot through an email with some questions about their Edesk, and I got a clear informative response within hours. The owner, Guy, kindly followed up, answered further questions, and was also able to order extra parts from Linak on request. To ensure I had all the information I needed before placing an order, he even went so far as to warn me of a slight upcoming price increase. Guy knows his products, knows it in great detail and has a wealth of helpful knowledge.

Google
Great customer service and desk is exactly as described. Setting it all up was straight forward too. The electric movement up and down is really smooth and quiet - couldn't be happier!

Google
After a very unpleasant and disappointing customer service experience with another desk from one of the more "well-known" commercial standing desk companies, I came across Ergomotion and Guy after extensive research to find a replacement and I am glad turned out this way. Dealing with Guy was an absolute pleasure, he was able to answer all my questions and provide me with a range of customisation options including a solid rubberwood desk top which I decided on after seeing the desk in person. In the end, I ended up with a higher quality desk and look forward to continue using it for years to come. Thanks Guy!

Google
We’ve had an Ergomotion High /Low Desk since 2015, well before standing at a work station was a “Thing” in Australia. It’s been fabulous! It’s reliable, speedy and quiet in its height adjustments. Guy, the business owner, is approachable for after sales service queries. To achieve more posture positions & comfort, we use a 10cm foot stool while standing! Many thanks Guy for the great service… Cheers Avril & Tony (Heidelberg West, formerly Moorabbin)

Google
Before purchasing from Ergomotion, I wondered how a business can actually have a 5.0 star perfect rating on Google. After purchasing an electric standing desk and dealing with Guy, I know how. 1) HIGH QUALITY: The desks from here all use high quality LINAK motors and frames. The desk top that I received was commercial grade laminate from Laminex. 2) GENUINE SERVICE: When I initially wanted a more expensive variant, Guy explained to me the differences and suggested the more affordable variant. 3) CUSTOMISATION: Guy helped me customise the size of the size of my desktop - something no other business offered. 4) CONVENIENCE: For a nominal fee, Guy delivered the desk, FULLY ASSEMBLED. All I did was plug it in. Can't get this level of convenience with any other of the many businesses that offer standing desks. If I buy another standing desk, it will be from Ergomotion.

Google
Amazing customer service and quality product and exceeded expectations. I would definitely recommend Ergomotion for their exception product offering and service.

Google
Quality at a reasonable price which is made even better by Guy. You’re made to feel special and nothing is too hard which in this day and age, is honestly hard to come by. Do yourself a favour and support a local family business.
Read more...
5
220 Reviews